As part of this project, Nergica validated a software program designed to monitor the operational status of lighting systems as well as to adjust their intensity as a function of horizontal visibility as measured by two sensors.

This project required the replacement of 6 lighting systems on two met towers, the relocation of a horizontal visibility detector and the installation of an electrical enclosure. Additionally, the lighting system was replaced on one turbine, and another horizontal visibility detector was installed and connected in the electrical enclosure in the nacelle. 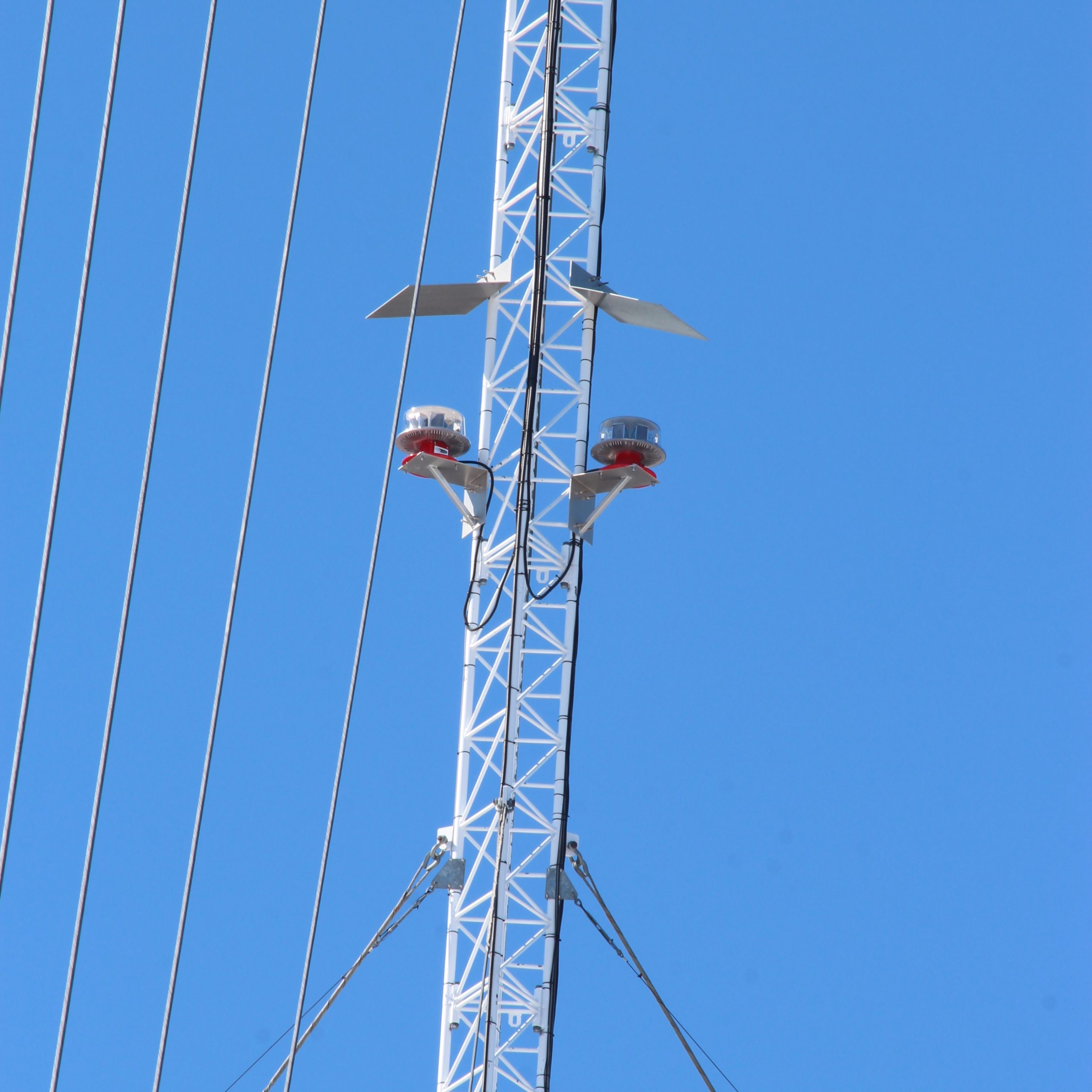