Development and Validation of an Ice Prediction Model for Wind Farms

This project focused on the development and validation of the GPEO (formerly known as GLJM) icing and operational energy loss model. This model, which uses operational meteorological forecasts from Environment and Climate Change Canada, is used to model icing caused by freezing rain, in-cloud icing and sticky snow.

Wind farm observation data collected over the course of two winters were used to identify and characterize icing events. These events were then modelled with GPEO and the corresponding operational losses were calculated. Lastly, these same events were modelled by WRF, a widely used model in the industry, and the performance of the WRF and GPEO models was compared. 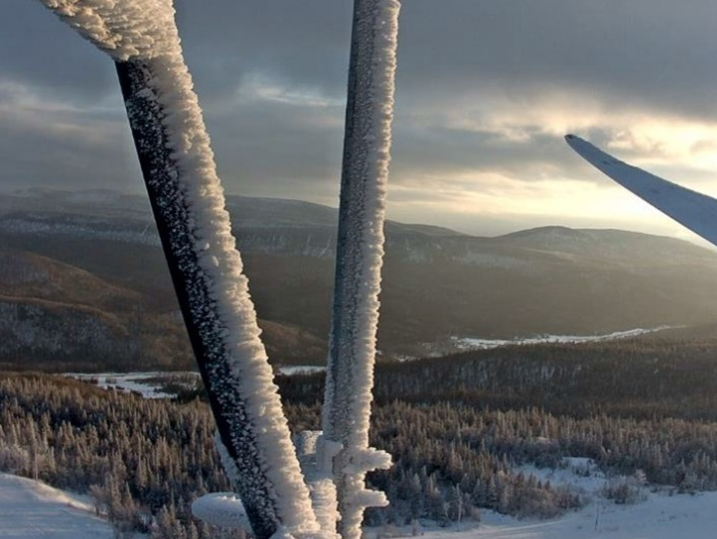