Nergica has gathered key actors of the renewable energy sectors to discuss how to tackle the challenges related to the energy transition and find ways to accelerate Canada’s decarbonization path. The Transition Solutions Symposium is a pan-Canadian event dedicated to the technological, social and political innovations needed for renewable energy deployment and the acceleration of the energy transition. Here is a summary of the topics discussed during the Transition Solutions Symposium on October 14th.

During the opening session, our moderator, Peter Tertzakian, and Tonja Leach discussed what they were looking forward to during this symposium. Tonja mentioned being interested in where the opportunities lie for the integration of the assets that we have already invested in. She detailed that we need to be leveraging what has been already established and pursue our efforts.

The potential role of individual and local organizations in the energy transition was also brought up during the opening session. With the increasing and more tangible impact of climate change, communities have a growing interest in clean energy. “Communities have come to realize they have the power to act locally and make a difference,” claimed Tonja Leach. Such increasing interest and engagement from local organizations raise the question of our role as renewable energy professionals: how might our involvement evolve with these new players gaining a seat at the table?

Several other questions were raised during the opening session and the tone was set for the rest of the day: we need to look ahead to implement practical solutions to facilitate a renewable energy deployment that benefits society at large.

Panel 1- Distributed energy and the rise of the prosumer: death spiral or virtuous circle? 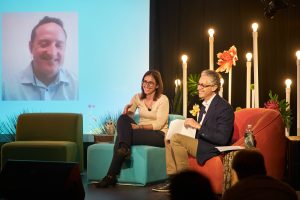 Tonja’s remarks were a good segue into the first panel about prosumers and how they alter the established status quo. Sarah Simmons kicked off the panel by defining what prosumers are: electricity consumers who produce electricity as well. She added that it’s also important to think about why consumers are willing to become prosumers —whether it’s to offset electricity costs, to engage with renewable energy and/or for reliability reasons.

The panellists agreed that with the increasing number of private producers comes great opportunities and also challenges. Such enthusiasm and attraction for electricity self-production needs to be encouraged because of its sustainable benefits, but also requires grid operators and other organizations to rethink their habits, technology and policies to better serve this new kind of clients. Such clients are also suppliers and this is what makes this bidirectional trade between the prosumers and the operators, using net metering, so unique and potentially complex to navigate. Clean energy leaders thus have to redefine how electricity is produced and distributed to create a system that benefits us all! Whether it’s through policies, technology, or a change in mindset, many facets of the energy market have to adapt to this new reality to seize the opportunity.

Panel 2 – Green light for green hydrogen: are we (really) ready yet?

The smallest molecule which is starting to take a lot of space in the renewable energy scene was the focus of the second panel: hydrogen. 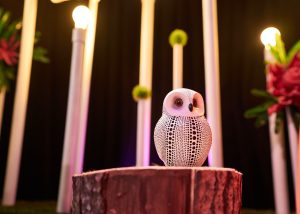 Hydrogen—and its different “colours”—have triggered passionate discussions over the years and is back in the spotlight. Will green hydrogen finally break into the market? While it exists many ways to produce hydrogen, using 100% renewable electricity to generate hydrogen molecules (H2) from water molecules (H2O) is currently the only established way to produce hydrogen without emissions. This so-called “green hydrogen” represents a slight portion of the total worldwide hydrogen production. The other common paths to H2 are water splitting processes involving non-renewable electricity, steam methane reformation and gasification of coal, which are bound to be linked to GHG emissions. H2 produced through such processes is referred to as blue, grey or brown hydrogen.

As interest for H2 as an energy source is skyrocketing internationally as well as in Canada, David Layzell argues that H2 supply & value chains are yet to be solved for economy based on economic value. Now that the science is figured out, we have to focus on logistics and the applications for green hydrogen to find its place in the energy mix in the long term. Prof. Layzell stated that exciting projects are underway in Canada, especially for trucks.

Panel 3 – Electricity trade in the Canadian context: the case for a holistic strategy? 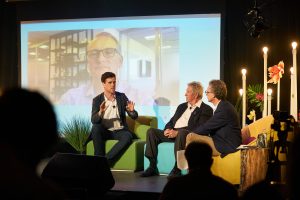 Electricity in Canada is a provincial matter. Yet electricity is of national, even international, importance. With this in mind, one could ask if electricity trading could play a role in ensuring renewable energy is widely exploited.

Philip Duguay advocated getting over the established provincially driven approaches for the better good. Currently, there is a market competition between several provinces, yet Canadian provinces—especially ON, QC and NL—could team up and share common tools to have a stronger influence in the US market. During the panel, it was suggested that such pan-Canadian trades, or even USA-Canada trades, would require reforming how we envision energy. This could include jurisdictions’ participation in interregional planning, modelling on a larger scale and transparency from the different stakeholders. Beyond economic and political considerations, the preparedness of the grid from a technical perspective is also a parameter that needs to be looked into, as mentioned by Scott Thon. 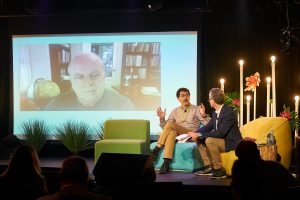 Peter Tertzakian didn’t mince his words when he opened up the last panel with the following question: “Is Canadian electricity too cheap that we waste it?” To which Pierre-Olivier Pineau, from HEC Montréal, answered, “yes, without a doubt.”

He continued by bringing to our attention that Canadians are the biggest energy consumers per capita worldwide. As Nergica discussed with Johanne Whitmore, another researcher at HEC Montréal, consuming less is a crucial element of the energy transition. Producing electricity in a greener way should thus work hand in hand with reducing our electricity use and adapting our habits. Raph Torrie argued that while increasing prices can be effective at creating a psychological receptivity, expecting people to change their habits drastically based on price only is unrealistic. Hence emphasizing on price can bind us from other opportunities. For example, he mentioned energy efficiency and policies as tools that could enable us to reach net-zero objectives other than price increases.

The Transition Solutions Symposium was the starting point for important dialogues amongst clean energy experts in Canada. After a day full of meaningful discussions during the networking sessions and valuable insights shared by the panellists, we hope constructive and open exchanges will continue within the clean energy sector and between stakeholders.

A big thank you to the invited experts, the public and our sponsors EDF Renewables and CanREA.
The replay of this symposium will be available soon, stay tuned! And the Transition Solution Symposium will be back in 2022! 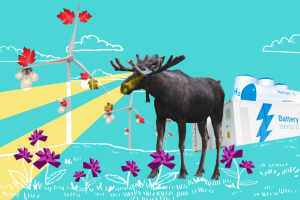 We’re looking forward to seeing you in Ottawa, or online, on March 23rd. More panels and leaders of the Canadian energy transition are waiting for you.

Other articles related to the Transition Solutions Symposium , the Meet the Experts series:

Dr. Amy Hsiao, Associate Professor at the Faculty of Sustainable Design Engineering at UPEI and WEICAN board member

Nergica has gathered key actors of the renewable energy sectors to discuss how to tackle the challenges related to the energy transition and find ways to accelerate Canada’s decarbonization path. Here is a summary of the topics discussed during the Transition Solutions Symposium on October 14th.